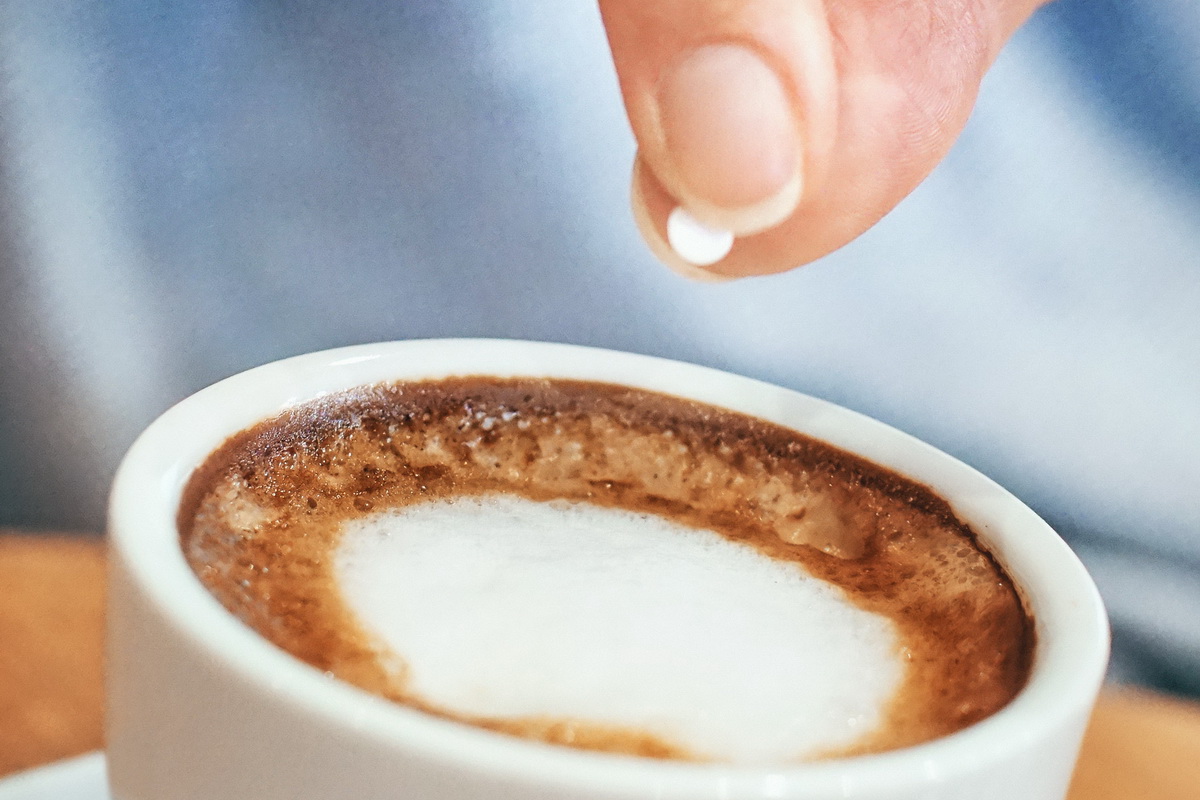 Throughout history, Artificial Sweeteners have been controversial. You will find thousands of conflicting opinions about the safety of sugar substitutes. But for the sake of this article we will be looking solely at Aspartame – also called Nutra-Sweet, Spoonful, Splenda and Equal.

Personally, in my quest to uncover pain-causing and pain-reducing game plans, I’ve decided not to use artificial sweeteners in my daily living. There are too many ominous clouds swirling around the subject of artificial sweeteners, and I’d rather not be the test subject while science (or the government) tries to figure out what’s safe and what isn’t.

But, if like me you have been around for a few years or more, you too may have been on the diet kick and consumed more then your fair share of aspartame. That was me in my twenties… diet coke and low-fat yogurt. At that time, I wasn’t yet a Nutritionist; I believed what the media was selling. At that time, low-fat diet foods were the big push.

Let’s take a look at where Aspartame got its start.

Back in 1965 when James Schlatter, a chemist at G.D. Searle was working on an ulcer drug, he accidentally discovered aspartame. It is made from two Amino acids, L-phenylalanine, L-aspartic acid, and methanol and supposedly refined from natural substances, when in reality the toxic substance was once used as ant insecticide and many other uses.

Aspartame is 180 times sweeter than sugar yet has no calories. Searle soon began safety testing on aspartame that was necessary for FDA approval for food additives. In 1967 on behalf of the Searle Company, Dr. Harold Waisman, a biochemist at the University of Wisconsin, conducted aspartame safety tests on infant monkeys. Seven monkeys were fed milk mixed with aspartame. One died, and the other six had grand mal seizures.

By 1974 the FDA approves aspartame to move forward, spreading itself throughout our food industry. Surprisingly it isn’t just in food; it’s also hidden in prescriptions for adults and children. According to Dr. Brian A Rothbart (The Father of Chronic Pain Elimination), aspartame is a multi-billion-dollar business, and it’s in over 4,000 products worldwide).

So, what exactly does this do to your body?

Aspartame toxicity can cause, muscle, joint pain, severe headaches, loss of control of limbs (mimicking MS), shooting pains in the extremities, numbness, blurred vision, and nausea to name a few.

After reading another article titled “Joint Pains Associated with the use of Aspartame,” written by Dr. H. J. Roberts, M.D., of West Palm Beach, Florida, I have become convinced that this doesn’t help people with their health conditions.

Fifty-eight of Dr. H. J. Roberts patients that had documented cases of multi-articular arthritis, and muscle pain used Aspartame (NutraSweet), and all of their symptoms subsided after the patients discontinued using the artificial sweetener. The pain returned when they reintroduced aspartame.

But this is still approved by the FDA for moderate consumption. The problem is, once you have Aspartame your body craves more because it has free methyl alcohol in it which is classified as a narcotic with addictive properties. Aspartame is a drug, not an additive in the sense that many people associate it with.

Throw moderate consumption out the window. Funny. Do you think the Bio Chemists conducting the safety tests drank it? I doubt it. So why are we?

Now, the commercials were everywhere. Low calorie, less sugar. Lose weight. All through diet pop and sugar substitutes. It is marketed as NutraSweet/Equal. Oh, hello, NutraSweet!!! Aren’t you the best thing since sliced bread! You fooled us, and you fooled us good.

We can’t live without you. You crave it and don’t know why. But you also think you NEED it to cut calories and still satisfy your sweet tooth. I know, I know. We were all there for the craze. In fact, some of you still are and maybe suffering in pain because of it.

So, why are we consuming this, and how can we stop?

We drink it because we’re told it’s okay, and that its diet, and has fewer calories. Hey, it even tastes good. If the FDA approves it, it can’t be that bad. Can it?

But, the truth remains. It is poison, and the effects on our bodies are mind-boggling. Aspartame use has been linked to a multitude of ailments such as, Multiple Sclerosis, fibromyalgia, cancer, seizures, headaches, depression, Attention Deficit Disorder, dizziness, weight gain, birth defects, lupus and Alzheimer’s. The list goes on an on…

As educated as we are, the consumption of aspartame is still on the rise. But you can help yourself. You have a choice. Start drinking water, and enjoy the benefits of it. Flush all that garbage out. Start again, and feel refreshed. And just maybe this will eliminate some of your unexplained pain too.